If you have been through, or are currently enduring, the sleepless nights that often accompany the first few months of motherhood, you will know that this can be a very trying time. Lack of sleep, caused by a newborn waking up repeatedly during the night, can wreak havoc on your wellbeing, leading to poor concentration, and feeling exhausted for days on end. At times like this, reading a book can feel like a chore. When you’re so tired that you can’t even focus on the text, keeping up with an intricate plot is easier said than done! Mindless entertainment, like television, is what you need, but watching TV can wake the baby – and putting in headphones would just be bad parenting! That’s where gaming for new mums comes in… Playing fun online games, like online lotteries, can easily be done in silent mode from your mobile, tablet or desktop.

We’ve all heard that over-quoted statistic that women make up over 48% of the gaming population, but what games are women actually playing? It has been found that women are the main audience for Match-3 games, a type of casual puzzle game where lines or groups of three need to be formed from a selection of tiles. Another genre currently ruled by women is family or farm simulation games, which provide a form of escapism, and enable players to create and organise virtual worlds. To back this up, research has shown that men and women are motivated by different elements when it comes to online gaming. Genres that are populated by women generally emphasise completion and fantasy, whilst the top two motivations for men are competition and destruction. Keeping all this in mind, we’ve compiled a list of the top five fun online games for new mums to try. 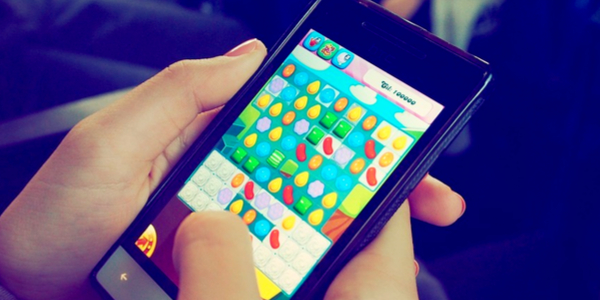 Candy Crush Saga, developed by King, is one of the most downloaded apps of all time, and according to the Washington Post 59% of those downloads came from women. As a match-3 puzzle game, this is not surprising, as it has been found that this genre is overwhelmingly played by women. Candy Crush Saga, Candy Crush Soda Saga and Candy Crush Jelly Saga are free to download for both Apple and Android users.

This popular Match-3 game features shiny graphics and a grid made up of sparkling gemstones. With fantasy themes and challenging levels, this is a game that can keep you entertained for hours. Perfect for those restless nights, and in-between night-time feeds. Bejeweled Stars, developed by Electronic Arts,  is free to download on iPhone and Android. To date, Bejeweled Stars has 2.39 thousand downloads from the Apple Store alone.

The Sims Freeplay, developed by Electronic Arts, features a new Love & Treasure Discovery Quest update where players can design a tropical island getaway for their SIMS, complete with luxury beach bungalows, tropical cocktails and more. The happy SIM couples can go for a dip in the sea, go horseback riding or sunbathe on the beach. The Wedding Belles Live feature, enables players to create a truly magical day for their loved-up SIMS, which includes choosing a venue, doing the seating arrangements, and designing a cake. And everyone knows it’s the little details that count at a wedding, so players can also design a dress, choose a hairstyle and create bespoke candle and flower arrangements, what more could a girl want? 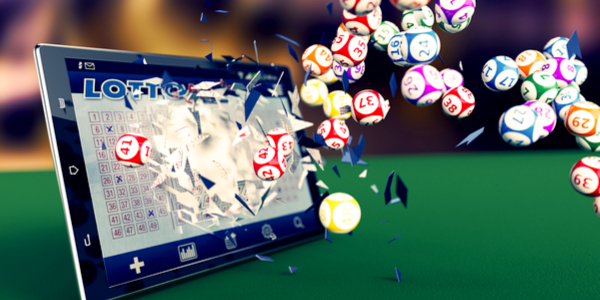 If you’ve even been to a bingo hall the first thing you notice is that the hall is filled with women. There may be a few men, but generally it’s rare. This is a trend that has continued through to the online version of the game. Gaming for new mums not only provides entertainment but can also serve as a source of much-needed social interaction, when new mums are stuck in the house. Online gaming chat rooms can provide a source of companionship, especially in female-centric gaming chat rooms, such as on online bingo sites, where most members are female. Online bingo sites let you play for real money against real women in a simulated bingo hall.

Online lotteries are another source of gaming for new mums, and the convenience of playing online means you no longer need to go to the newsagent to buy a ticket. There are lots of lotteries to choose from – you can find out about the difference between British lotteries versus international lotteries and pick the one that’s right for you. Some lotteries have also integrated casino games into their websites, with slot games and more. Fantasy-themed slot games like Pegasus Rising and Imperial Palace, which can be played here, feature attractive designs and are a fun way to escape the mundane. Initiatives like The Health Lottery, have raised over 97 million pounds for local causes and are an easy (and fun) way of giving a little bit back.

Now that you’ve got hours of entertainment at your fingertips, you can make the most of those precious moments of silence, when baby finally drifts off to sleep. For even more inspiration, here are five online hobbies for mums to take up.