The cause of violence?

With gun crimes and violence at an all-time high in many countries across the globe, experts and parents alike are trying hard to pinpoint the cause of such unfortunate aggression. It is claimed by some that this violent and antisocial behavior might be linked to experiences as a child and that protecting the younger generation is the only way to reduce the amount of these types of crimes. Others believe against this idea of it being the individual’s upbringing that contributes to aggressive traits and that it is instead the biology of each individual that results in the violence levels often depicted in older teens and adults.

At the heart of this debate is the idea of children playing with toy guns. It is a topic that has caused heated debate on both sides of the table. Some parents are extremely strict in the view that no weapon-type toys of any kind should be allowed around children and they prohibit any such play. In many cases parents with these views have even led protests and boycotts of toy companies, insisting that manufacturers should be more responsible and end the production of any type of toy that could have violent connotations.

The debate: both sides of the tale 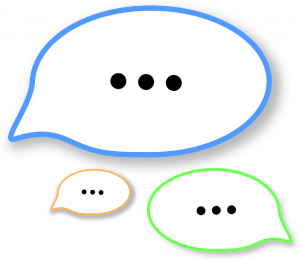 We’ve already talked about the parents that refute toy guns with the idea that they are one of the causes of gun violence. Many other parents believe that toy guns and weapons such as the Nerf N-Srike Elite Retaliator are actually an extremely healthy way for children to learn how to channel their aggression and learn the boundaries of violence in social contexts. Certain parents would even argue that it is potentially more dangerous to keep children ‘wrapped up in cotton wool’ and that exposing them to violence, and how to avoid it, is key to a healthy attitude towards other people. 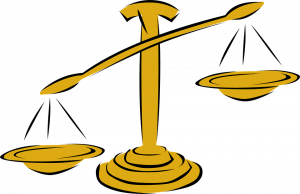 Parents in favor of their child playing with guns also argue that the causes of gun crimes aren’t caused by playing Nerf sports at a young age, but because of lax laws. The laws around guns vary from place to place, especially in the United States. Some states like New Hampshire require a concealed carry permit (see https://gunlawsuits.org/gun-laws/new-hampshire/concealed-carry/ for more info) along with other checks before you are able to take a gun outside the confines of your property. This is said to help promote responsibility with gun ownership, though many feel that more widespread controls and laws are needed to prevent irresponsible people to get their hands on guns. Either way, the bottom line is that many parents feel that the key to solving gun crime does not lie in the toys they give to their children.

However, there is another aspect of the law to consider that is not in favor of toy guns. Sadly, there have been handfuls of situations where police have mistaken a toy gun for a real one and this has led to extremely tragic outcomes. Due to such awful situations, it is now the law for all toy guns to be noticeably fake and replica-type toys must have a large orange tip to clearly mark out to anyone who might be observing that it is in fact a toy. Many state that this is more than enough to prove the difference between a real and toy weapon and that any more unnecessary precautions might lead to an ever-increasing ‘nanny culture’. Others claim that the orange tips could easily break off or might not be clear from a distance and that this could cause a potentially risky situation for any police officer or authority member that might witness children playing with toy guns.

As with everything else when it comes to parenting, it is your own personal opinion that is the one that matters. Both sides of the table have extremely convincing claims and us here at TopMum do not feel that it is our place to take any sides, we believe that this decision is extremely personal. However, we are interested to hear your views on the subject, so please do drop us an email to let us know whether you allow your children to play with toy guns.